A facebook friend sent me the following video today.

I don’t believe we can actually block Facebook Admins, but the video prompted me to do my own research, and I did find a lot of hackers and fake accounts!

I decided to do the instructions in the video, and then I expanded on it.

You may have to enable the sound below the video to hear it.

I decided to do the search terms below when I was on the blocking page on Facebook.

Because of this fact, anyone using any of the following words in their names is using a fake name !

There are many more variations than these words I have supplied !

I just haven’t tried any more “names”, yet.

I will add more “names” to the following list as I investigate more “name” variations.

While I was blocking names I made a few screenshots.

As you can see there are hackers and fake accounts.

This screenshot is of the main Facebook blocking page.

This is a screen for blocking “administrador”. 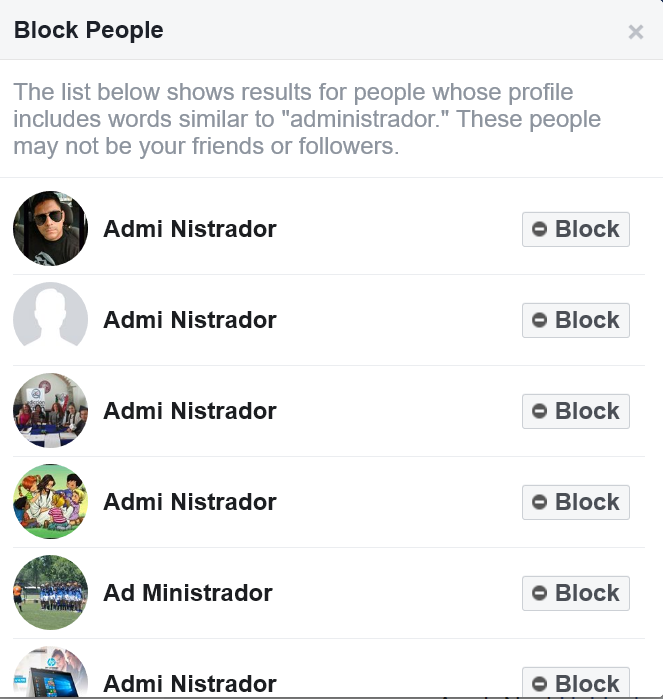 This is a screen for blocking “admini stration”. 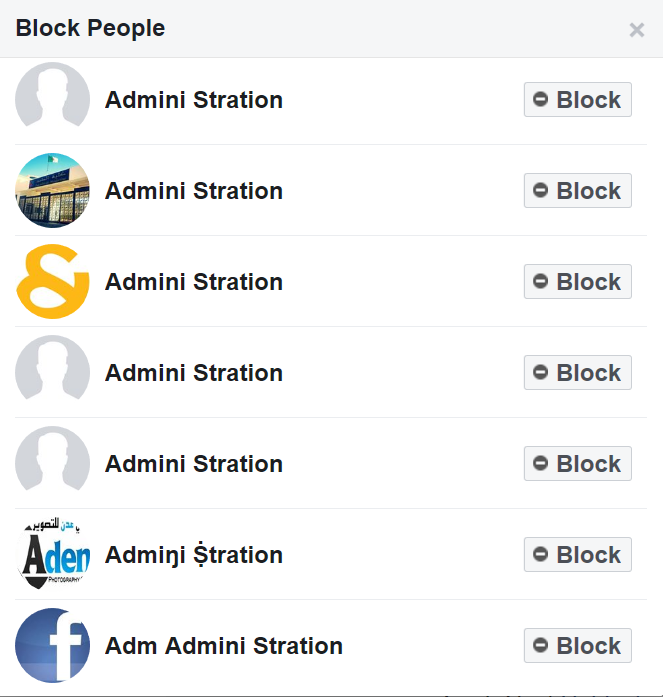 This is a screen for blocking “moderator facebook”.
The second entry is a hacker !